As you probably know, I have, for the past six months, been running an experiment in collaborative environmental news with Blue Green. Recently, I haven't been updating it a whole lot, and neither has anyone else.

So I'm almost ready to give up on it, when Craig Jensen (of Booknotes fame) posts a link, and I get all excited. No big effort, just a relevant link. And I get to remembering all the reasons I started the site. I'm afraid to expand on that, as I might end up writing an essay, which will have to wait until I finish the ones I am obligated to finish.

Ola has a new design, and he might even be updating now and then. (psst, Ola, your html documents need title's).

Now that I have referers logs, I can feel warm and fuzzy about contributing to the mass of collective knowledge on the internet on a semi-regular basis. For example, someone who searches for information about the comic strip Norb, then they'll find the entry in misnomer that I wrote on the day I tried to find information about the Norb strip, the worthwhile parts of which I linked to.

That saves those people the hassle of digging up all the same links that I plowed through.

posted by dru in blog
by phentermine

I voted in the Canadian election today. Apparently, Parliament races are decided by less than 100 votes sometimes. Maybe that means my vote matters more. Or something.

Updates will be sparse for the rest of this week, due to the unreasonable amount of work I am expected to complete before the end of the term.

This week's issue of the Argosy is up.

The NY Times with a bit of thinly-veiled propaganda on GM Rice, though perhaps unwittingly.

If we're worried about kids starving, there are a whole lot of things we could do about it. Right now. However, our "representatives" routinely vote against putting any real resources (res: money) into such an effort. But if it'll validate our technology, it's ok, right?

I've argued this before.

I'm working (planning to work on, anyway) a paper outlining the objections to the use of Genetic Engineering in food and elsewhere.

...And listening to "The best (and the first) in overproduced, epic prog rock". That being King Crimson's debut album, "In the Court of the Crimson King". (links to a review)

Here's an interesting in-depth analysis of the title track. It's kind of overwhelming.


The yellow jester does not play

But gentle pulls the strings

And smiles as the puppets dance

In the court of the crimson king.

Just got back from New York City, where Sylvia and I spent a few days visiting some friends and staying out of Sackville.

'Twas relaxing, but now I have three substantial papers to write in the next ten days, and a presentation due tommorrow.

That means that I can't remember most of the things I've been meaning to write here for the past three days, because my head is filled with school-induced madness.

In other news, I bought a sweet little keyboard for my Palm Pilot. It folds up to the size of a walkman, but it's a full size keyboard. So now I never have excuses not to be writing my essays.

The sun came out for the first time in three weeks today. Seriously.

That, and I turned in a monster essay, went and saw some very impressive artwork by my friends and fellow students, and tonight, I'm off to New York. Whee.

Hehe. This Hour Has 22 Minutes, a Canadian news parody show (the ones who asked George W. about Prime Minister Jean Poutine's comments) are running a petition to force Stockwell Day to change his first name to Doris.

Apparently, the following song about Day aired on the CBC recently:

If you don't know or don't care about Canada, the Prime Minister is Jean Chretien, Poutine is a snack consisting of fries, gravy, and cheese, and Stockwell Day is the leader of the "Canadian Alliance", the new right wing party. Cut health care, cut taxes, cut spending, cut throats... er, something like that.

I must commend The Onion for their election coverage. They are truly cutting edge.

For that issue, I updated my RIAA Boycott piece to be a little more readable.

The Hypermedia Design Pattern Repository looks like an interesting idea. 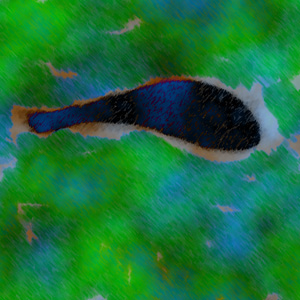 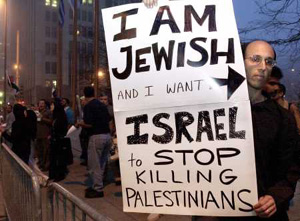 Indymedia Israel has a lot of great coverage of Israel/Palestine violence and protests. Though I have a hard time using the word great in that context. Check out the Amnesty International press releases.

It's remembrance day here in Canada, and I'm having a hard time seperating those who died from those who are dying, or worse. I suppose the distinction should be made, but I'm having trouble making it.

It's Veteran's Day, too.

If, like me, you're a US citizen, you might have a little trouble hearing that about 2 billion of our tax dollars go to Israel annually.

Oh yeah, and both candidates seem to not mind what is going on (they both support Israel fully). Justice? Nah.

I suppose this is politics (I seem to remember I was going to stop talking about that), but at least it's social justice, and not corrupt party leaders spewing forth.

Vint Cerf, "the father of the internet" speaks in London.

OTOH, it is truly amazing how *little* experimentation is done these days, relative to how much territory is left to be explored. Like a herd more than an anthill.

Some politics: Slate: "Earth to both campaigns: You do not want to open this can of worms." Matthew Miller argues that the best way for the election to be resolved is for Republican reps in the electoral college to exercise their constitutional right to *not* vote for who was popularly elected in their state.

If the can of worms gets opened, I don't see how anyone will ever be happy. Ironically, it does make me happy that our democratic process is being closely examined and criticised. All we need now is for that criticism to be applied more broadly.

A number of arguments for keeping the electoral college, though I'm not sure how sound they are.

Kevin Murphy has some interesting thoughts on the election, and a lot of links. Go read what he said.

Oh yeah, and there are two good pieces at Monkeyfist.

Dang. I got sucked in to talking about politics again. I guess going cold turkey was a little too hard.

"It is sweet and fitting to die for one's country."

posted by dru in blog
by phentermine

Whew. I'm gonna hold off on the politics for a while.

Scott McCloud has released his fourth instance of "I can't stop thinking", his online column about artistic creation (specifically comics, but his observations certainly have value beyond the comic universe) on the web.

Edd Dumbhill's explanation of the Semantic Web provides some help for those of us who really don't know anything about it.

Ann Clark, a researcher at the University of Guelph has written some thought-provoking papers on Genetic Engineering in crops, why it isn't necessary, and why it's dangerous.

I'm interviewing her next week, so if you have any questions about Genetically Modified food, send them along: dojy@mta.ca

The cool cats at Monkeyfist will be watching the election returns all day today and commenting on them in their IRC channel.

Oh yeah, and go vote today. Remember, if you weren't planning on voting at all, a vote for Nader is nothing but just that. (i.e. not a vote for Bush).

Vote for who you think is best, but please keep in mind that there are two parties who are explicitly opposed to a fair democratic process, and one that explicitly supports them.

That, and Gore and Bush both support the war on drugs, US imperialism, killing hundreds of thousands of Iraqis. The list goes on. That, and both major parties have accepted millions of dollars of corporate money to support their campaigns.

You've most likely heard it all. But please vote.

I now have internet access at home again. Given the amount of material I'm expected to read *carefully* for my classes, this isn't necessarily a good thing. Moderation, always moderation.


Look, Al, you have screwed up -- big time. By now, you should have sent that smirking idiot back to Texas with a copy of "Hooked on Phonics" in his hands. You should have wiped the floor with him during the three debates. But you didn't. And now your people are calling ME, asking ME to do the job YOU'VE failed to do!

More Moore: Three strikes and you're out, Mr. Bush.

Cool. Now you and I can see where visitors to misnomer come from. I had no idea that so many people visited the site from search engines.

I saw East-West (Est-Ouest) last night. A French film about Russian exiles returning to a Soviet Russia. Quite worthwhile.

Bijan Parsia wrote about selling out and voter disloyalty.

misnomer | dru.ca
About
Misnomer is a weblog about the politics of new and old media, foreign policy, tech, culture, philosophy, and photography. It is maintained by Dru Oja Jay, who variously calls himself a student, journalist, web designer, and writer. He lives in Sackville, New Brunswick, Canada.
The Dominion
The Dominion is a new Canadian national newspaper with the aim of promoting decent journalism, annoying the overwhelmingly right wing Canadian press, and being non-profit and democratically accountable. All at once. This new canadian newspaper also has its own weblog, where I post often.
Others
Some other folks who contribute to misnomer from time to time include Kendall Clark, John Haney, Amanda Jernigan, Ola Mork, and Sylvia Nickerson.
Archive: by category
activism (72)
art (1)
article (12)
blog (440)
books (7)
canada (17)
culture (59)
excerpt (6)
good_articles (41)
guest (4)
interface (15)
interview (8)
journalism (19)
letters (10)
movies (1)
original (33)
photo (17)
politicsoftech (84)
race (14)
recipes (1)
sites (45)
us (97)
war (70)