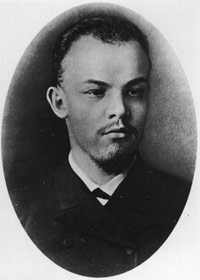 It looks like Apple is finally going to start making serious changes to the way we interact with the file system. Which is to say, they already have in the case of music and photos, where you have subsets and filters of a "library", as opposed to folders. But now it sounds like they're taking it to the next level.

Strangely enough, I wrote about this kind of file system back in 1997, and I occasionally get email from people who are implementing the ideas. I started writing a much-updated account of what the "Liquid File System" might loook like a little while ago, but got distracted by something or other. The angle for the new article was going to be that OS interface design has stagnated, and that slapping a web interface on the file system didn't really help anything.

Anyway, what I imagined in the new, faster processor reality, was an interface where a number of preset filters could be applied to a "library" of information - emails, files, photos, etc. along with their associated metadata.

The point is, even with just the most basic metadata that is already available in the file system... and it's a very powerful way to deal with data.

It gets better when you add functions like Apple is apparently adding, like creating relationships between files (I remember talking to Hans Speijer about this back in 1998--he had a lot of similar ideas, but was specifically into connecting files to each other--when I tried to convince Be to use something like the Liquid File System in their OS... but they didn't seem keen on taking strategic advice from a 17 year-old non-programmer for some reason).

Another possibility would be for the OS to notice which files you use in the same session, and create a fuzzy list of related files in a third column, which could be promoted to 'related file' status, or dropped off the list.

Obviously, custom search constraints could be created based on what was most useful. The technology is actually already there. OS X is supposed to do this (though I just tried it and got an error), though you can't combine them.

I'm mostly happy that I'll get to use this system sometime in the near future, instead of just talking about it. (I had a similar experience when voodoopad came out, it being similar to another 1998 idea, notespace.)

posted by dru in interface
# Indymedia, Past and Future

Rabble and Chuck0 have posted thoughts on the stagnation of Indymedia, noting a failure to take things to the next level, organizationally and technologically.

I suppose that Indymedia can be seen in one of two ways: as an amazing success, given its origins, or as a collossal failure to live up to its potential.

A small group of people came together at the right place at the right time and created a form of organization that ended up turning into over 100 local collectives all over the planet. Many of these collectives continue to do extremely valuable work, and the idea isn't going away.

In the Maritimes, for example, recent months have seen yet another resurgence of folks putting new energy into the web site. Notably, none of the people now working on it now were involved four years ago when the web site launched. The idea has survived an open attempt to shut it down by one "uncompromising" member, and is still going. I can only assume that this is because a critical mass of people still find it to be a worthwhile effort.

In other locales, Indymedia seems to be similarly resiliant. The Québec IMC managed to break off from the NGO that was controlling it and is now providing solid daily coverage of the massive student strike here. The Irish IMC seems to be alive and well, the NYC collective is doing good things, and many others seem to also be kicking. Indymedia has also spread across dozens of languages and different character sets. The idea and precedent of Indymedia have had major, incalculable effects, inspiring and influencing numerous variations and offshoots.

And the network doesn't seem to be going anywhere. Despite its many, many problems, the core ideas have lasting appeal, and there will be many cycles of renewal.

Spamming, disorganization, infighting, burnout, chaos, free speech absolutism, endless debates where the people change but the arguments don't, an inability to make any significant moves at more than a snail's pace.

Did I mention burnout? And the resulting turnover?

The case can be made (and should be made) that the network should be developing new tech, supporting new projects, moving more quickly into new areas instead of chewing up committed activists and spitting out vaguely supportive but mostly embittered Indymedia ex-pats.

Some of these problems (e.g. spamming) have been dealt with creatively and effectively, without compromising Indymedia's Open Publishing mandate. Some (e.g. excessive turnover, burnout, endless entrenched debates) have not.

Dealing with what's there

There are lots of ways to deal with all of the problems that I've listed, but I don't think that that's what is needed. The people on the ground (which, as regards indymedia, is not me right now) will know best how to fix immediate problems--at least potentially.

But if we're talking about Indymedia's unfulfilled potential, we have to dig deeper. So here's my sketch.

(It would probably be gratuitous and pretentious to quote a phrase from Empire that keeps popping into my head as something important, but I'll do it anyway, if only for my own future reference:

...many defenses of the local adopt the terminology of traditional ecology or even identify this "local" political project with the defense of nature and biodiversity. This view can easily devolve into a kind of primordialism that fixes and romanticizes social relations and identities. What needs to be addressed, instead, is precisely the production of locality, that is, the social machines that create and recreate the identities and differences that are understood as the local. The differences of locality are neither preexisting nor natural but rather effects of a regime of production.

I have a vaguely similar intent with what follows.

I would argue that without the following things, Indymedia would not be recognizable in its current form:

To make Indymedia more successful without changing it into something that it's not, these core goals/areas of strength need to be refined and improved, and fed back into the positive feedback loop.

I would suggest the following corollary actions:

I think that I've inadvertently highlighted just how big an undertaking the "full potential" version of Indymedia is. But a worthwhile one.

I may have still missed the key to Indymedia's success, though. I don't think it has that much to do with local collectives or web sites (though these are obviously crucial). Those things exist on their own, without the impact or extremely rapid growth that Indymedia has had.

Without discounting those factors, what makes Indymedia unique is that it connected all of these local forces into a global network. A few of the strengths that come from this, which make Indymedia unique:

The bottom line, as I see it: we need to be better connected globally, but certain things need to happen before that's possible. Another list:

While some emphasis has to remain on the creation of content (though ideally, I think that this would be deemphasized among IMC collectives), the core strength of Indymedia is as a network with fast-replicating nodes that enables the strengths listed above.

As such, indymedia sites should be primarily nodes--one way for information to flow in and out of a community. Add some rudimentary reputation management stuff with more prominent links to local activist groups, continue to provide a commons for open publishing, and syndicate content (RSS-style) from other local independent media (vetted by the IMC collective, and possibly hosted by the IMC).

So the local IMC site would maintain a newswire, but also host and syndicate all kinds of other open- or sort-of-open-publishing newswires that the IMC collective would organize with something like reblog, creating a meta-newswire of all the trusted sources in a region, while highlighting specific stories. The IMC would serve as a filter on what's available; all the more important then, for it to have broad support and input and be democratically run. A tall order, but not out of the question. Despite not having an active collective for long stretches of time, the Maritimes IMC site continued to be visited and used by a wide range of folks.

This would broaden the network (and thus its value) in a democratic way, while allowing for small fast moving groups (like Rabble's description of GNN) to plug into this network. IMC collectives would be what they were always supposed to be--a core group that is accountable to (and reliant on) a broad base of community support. They provide tech for open publishing and collaborative editing, host sites (from weblogs to newspapers) of more advanced projects while channeling traffic to them, and be the focal point of political decisionmaking about how much should be included.

Restated, this is what Indymedia already does. I'm just emphasizing certain crucial roles that are not explicitly (but are very much implicitly) a part of the current state of Indymedia: connections, reputations, and the relocalization of media production.

Hmm. Maybe it's time to get involved in Maritimes Indymedia or CMAQ (again).

posted by dru in politicsoftech
# Albums I can wholeheartedly recommend

Completely based on my current, long-standing and recent musical obsessions, in descending order of how obsessed I am right now...

Sarah Harmer, You Were Here

The Slackers, basically any of their albums

Bruce Springsteen, Darkness on the Edge of Town

Not a lot of new stuff, mostly because I can't decide that I'm going to keep on liking it. And not a lot of really old stuff, because everyone knows about it. And a kabillion things were left off the list. But those there are solid.

posted by dru in culture