I've been looking through web-based art these days, trying to figure out what people are doing with it. I had the idea of curating a show of web-based art in conjunction with Struts a while ago, but I'm still trying to get my shit together.

I had a conversation about web art with Anthony at PS1 today. He said that it seems like a lot of web art is more based on technical novelty than real artistic ideas. I've got a lot of stuff to review to see if he's right.

Some of these sites are web-based art.

It seems that a lot of artists are avoiding the medium of the web itself by going to Flash. Flash can be interesting, but I'm not sure it's web art. I think it's probably really hard to make meaningful art just with HTML. It's pretty different from traditional artistic media.

I think it has a lot of potential, though.

This page has been getting a ___load of hits, and I could never figure out why. Today, I got an email from Zac, the music director at the station, who tells me that the Hampsterdance single is #1 on the Toronto charts. And I got sick of it over five months ago. God, I'm cutting edge.

A Metafilter thread on police injustice in Philladelphia. 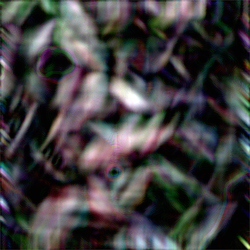